Je publie ci-dessous un extrait du livre de Chris Sidwells, "A race for madmen, the extraordinary history of the Tour de France" à propos du 1er Paris-Brest-Paris.
"The noise of a racer's feet scrapes out of the darkness as he drags his bike to a halt outside Fougères in eastern Brittany. It's September 1891, the racer is Charles Terront, one of 206 pedalling pioneers who set out from Paris nearly two days ago. They are racing non-stop from the French capital to Brest, the Atlantic port at the tip of the Breton peninsula, and back to Paris again, a distance of 1,200 kilometres.

Fougères is a control town. Terront must stop at a lamp-lit huddle of officials, have his race card marked with the official stamp, then hurtle off into the night again. Six hours will pass before his nearest rival, Jacques Jiel-Laval, arrives here, and Terront will be even further ahead by the time he reaches Paris, where he will win in a time of 71hours and 22 minutes.
Paris-Brest-Paris was the turning point in the early history of the bicycle. A steerable wooden-framed, two-wheeled vehicle was invented in 1817, but it was scooted along the road by the rider's feet. In 1861 a Parisian coach-builder, Pierre Michaux, attached pedals to the front wheel of one of these hobby-horses and called his invention the “velocipede”

That was the first bicycle, and it was quickly followed by the first bicycle race. The place was the Parc St Cloud, Paris, the date was 31 May 1868 and the winner was An Englishman called James Moore. Later the same year Moore won the first race on the open road, 120 kilometres from Paris to Rouen. More road races followed and banked tracks called “vélodromes” were built for racing in front of huge crowds.
Bike racing became very popular, but cycling itself was less so. Then came Paris-Brest-Paris, and it finally underlined the possibilities of this new machine. The “safety cycle” had been launched in England by James Starley in 1885. It was a chain-driven bike, made from metal with a double-triangle frame, not so dissimilar to bikes today. Terront used a safety cycle to win this great race.
The race organiser, Pierre Giffard, was a committed cyclist who was evangelic in promoting cycling and the editor of one of the first bicycle publications, which was called “le vélo”. He fervently believed in the bike as a form of recreation and transport, and was determined to make others see the potential of a machine that could be ridden such vast distances.
Ninety-nine riders finished Paris-Brest-Paris behind Terront, the slowest only just beating the cut-off time of ten days, but that wasn’t the point. The important thing for Giffard was that they all came through unscathed, confounding prevailing medical opinion that human beings trying to cover such huge distances by their own power would damage themselves and maybe even die.
After the race Giffard wrote in the editorial of his magazine : “For the first time we saw a new mode of travel, a new road to adventure, a new vista of pleasure. Even the slowest of these cyclists averaged 130 kilometres a day for ten days, yet they arrived fresh and healthy. The most skilful and gallant horseman could not do better. Aren’t we on the threshold of a new and wonderful world?”" 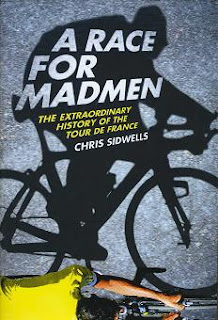